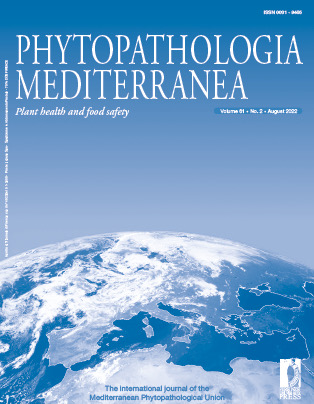 Alternaria is a ubiquitous genus that may infect wheat in many countries, causing the disease black point. The present study aimed to assess contamination by fungi, of durum wheat kernels from Lebanon, and identify the main Alternaria species contaminants. Alternaria was detected in the majority (97%) of the inspected fields. Contamination by Alternaria differed among the samples according to their geographical origins. The greatest contamination was detected in the West Bekaa area (average 59%), followed by Akkar (55%), and lowest was observed in Baalbeck (2%). HPLC-DAD analyses performed on grain samples showed that altenuene, alternariol, alternariol monomethyl ether, and tenuazonic acid were not detected in any sample. Phylogenetic analyses, based on DNA sequences of β-tubulin, glyceraldehyde-3-phosphate dehydrogenase and calmodulin gene fragments, showed that Alternaria field strains belonged to two major sections: Alternaria (51%) and Infectoriae (40%). The remaining strains were in separate clades in sections Ulocladioides (3%), Chalastospora (3%) and Pseudoalternaria (3%). Although this study revealed no contamination of wheat kernels by Alternaria mycotoxins, the potential risk of mycotoxin accumulation remains high due to the widespread occurrence of toxigenic Alternaria species on kernels.