Disposing of corpses during World War I 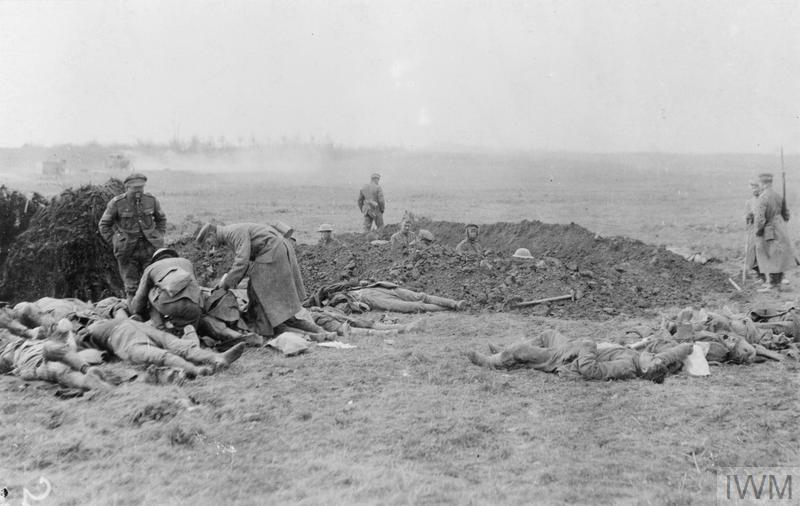 Belligerents that took part in the First World War could not have anticipated the lethality of the conflict. Within a few weeks of the war’s outbreak, armies were overwhelmed with corpses. Their existing policies and logistics to dispose of dead bodies were insufficient. As corpses piled up, they became a real epidemiological threat. Armies were relatively mobile, and it was feared that contagion from corpses to soldiers could also spread to civilian populations. When corpses putrefy, bacteria multiply and corpses become agents for the propagation of pathogens, particularly if the bodies were infected with typhoid, cholera or dysentery prior to their death. As a result of the threat posed by unprecedented number of corpses, First World War armies set up what I refer to as ‘body disposal policies and practices’. Those were created and trialled to dispose of corpses as efficiently and safely as possible through mass graves and cremation for instance, mobilising many soldiers, gravediggers and complex logistics.