The Autographic Stance. Benjamin, Wittgenstein and the Re-Shaping of the Philosophical Opus. About Manuscripts, Fragments, Schemes, Sketches and Annotations 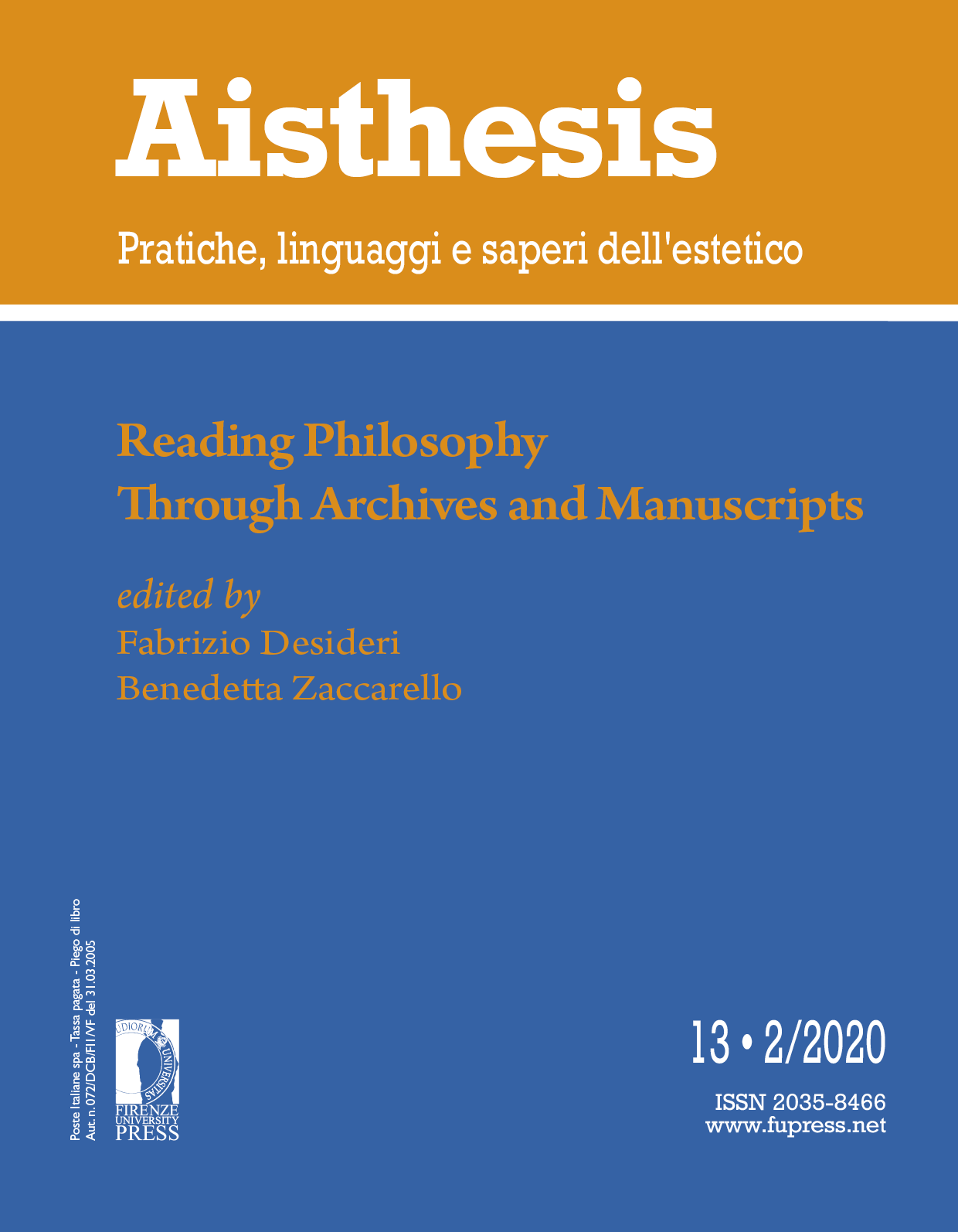 Starting from the peculiar tension between figure and writing in Walter Benjamin’s philosophical thought, my contribution aims to define the relevance of manuscripts, schemes, fragments and annotations for the definition of philosophical textuality. Analyzing Benjamin’s writings belonging to this genre (for example, the preparatory works for the essay dedicated to Goethe’s Elective Affinities or for the essay on Kafka), as well as the fragmentary observations belonging to Novalis’ Allgemeines Brouillon and Nietzsche’s Posthumous Fragments, the processual dimension of philosophical thinking will be emphasized. In this theoretical context the processual moment of textuality can be put in tension with the moment defined by the work in its insular completeness. Finally, one wonders if the most appropriate form of philosophical thought in our era of digital production and transmission of knowledge does not really lie in the flow dynamics of textuality. In conclusion, it will remain to be clarified how the autographic moment of philosophy can be thought of in the digital age of knowledge. To this last extent, a good example would be eventually given by Walter Benjamin’s archive in Berlin that contains in fully digitalized form both edited texts and manuscripts.