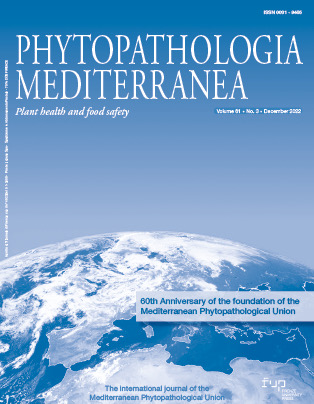 Panax ginseng is a valuable medicinal plant which is affected by many diseases during its long cultivation period. Ginseng root rot, caused by Fusarium oxysporum, has become severe in China. This soilborne pathogen comprises many formae speciales based on host specificity. Ten representative isolates from diseased ginseng rot root showed pathogenicity on ginseng. To identify the forma specialis of the F. oxysporum strains, host range tests of three representative isolates were carried out on nine plant species. All three isolates caused severe symptoms only on ginseng, but only slight or no visual symptoms on the other eight hosts, indicating that the strains were host-specific to ginseng. Phylogenetic trees were constructed based on sequences of the translation elongation factor 1-α (EF-1α) gene, two endopolygalacturonase genes (Pg1, Pg5) and two exopolygalacturonase genes (Pgx1 and Pgx4). The ten F. oxysporum isolates from ginseng clustered into a unique group clearly separated from other formae speciales already described. Based on the host range tests and phylogenetic analyses, the isolates of F. oxysporum derived from ginseng have been identified as a new forma specialis, designated Fusarium oxysporum f. sp. ginseng. This is the first report of forma specialis of F. oxysporum on ginseng.