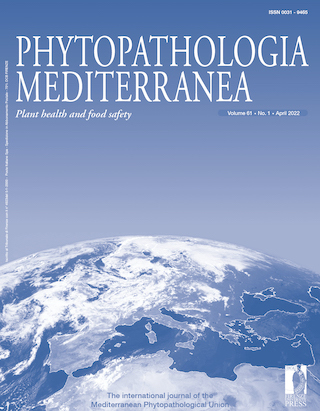 Flavonoids and phenolic acids play roles in grapevine defence against pathogens causing grapevine trunk diseases (GTDs). Rutin is a major flavonoid in vegetative organs of the grapevines, and this compound, unlike other flavonoids, is non-toxic and non-oxidizable. Rutin was assayed in vitro and in vivo against two Botryosphaeriaceae taxa. The limited bioavailability of this compound was circumvented by conjugation with stevioside, a glycoside obtained from Stevia rebaudiana. Clear synergistic effects were observed for the stevioside-rutin adduct, resulting in EC50 and EC90 values of 306.0 and 714.9 μg·mL-1 against Neofusicoccum parvum and 241.6 and 457.8 μg·mL-1 against Dothiorella viticola. In greenhouse experiments, moderate inhibition of N. parvum growth and complete inhibition of D. viticola were observed. These inhibitory effects were greater than those of ferulic acid, which has been considered the most effective phenolic acid against GTDs. Conjugation with stevioside provided solubility enhancement of rutin, paving the way to the design of glycopesticides based on rutin-rich plant extracts as promising antifungals against GTDs.