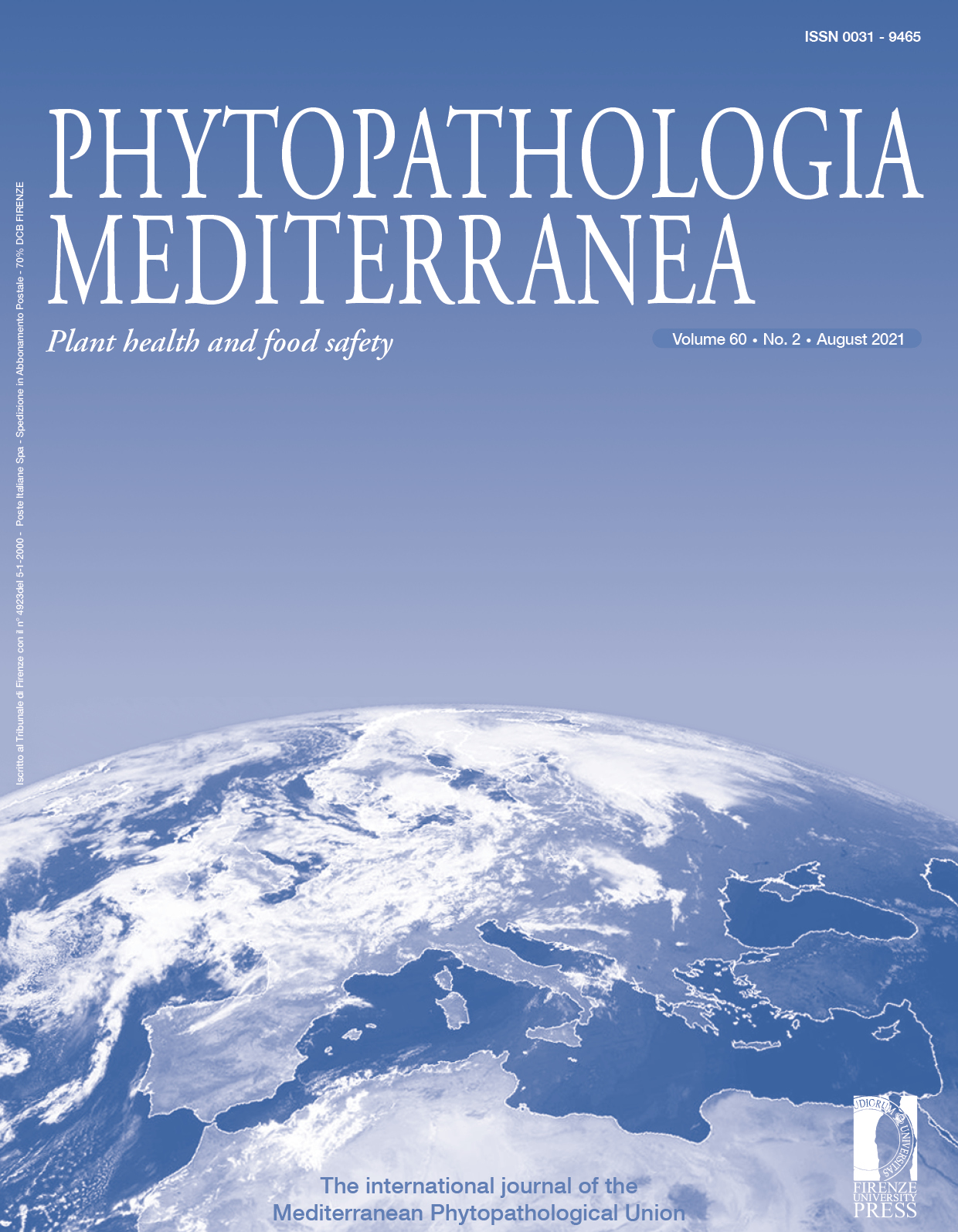 Ceratocystis ficicola causes vascular wilt of fig trees in Japan, invading root systems and the main stems eventually leading to tree death. In surveys from 2018 to 2020 in fig orchards in Greece, this fungus was detected in two separated regions. The fungus was consistently isolated from infected wood and from rhizosphere soil. The isolates were identified based on multi-locus phylogenetic analyses of rpb2, bt1 and tef1 gene regions and detailed morphological characteristics, including comparisons with an ex-type isolate of C. ficicola from Japan. The pathogenicity of Greek isolates was proven on Ficus carica and F. benjamina plants. Ceratocystis ficicola is a soil-borne pathogen, and the occurrence of vascular wilt outbreaks suggest that the pathogen spreads within and between orchards with infested soil and wood debris during ploughing. The pathogen is also spreading in Greece with infected propagation material. This is the first detailed report of C. ficicola outside Japan, and there is concern over potential spread of the pathogen to other Mediterranean countries, where approx. 70% of the world fig production occurs.