Diversity of genes for resistance to stripe rust in wheat elite lines, commercial varieties and landraces from Lebanon and Syria 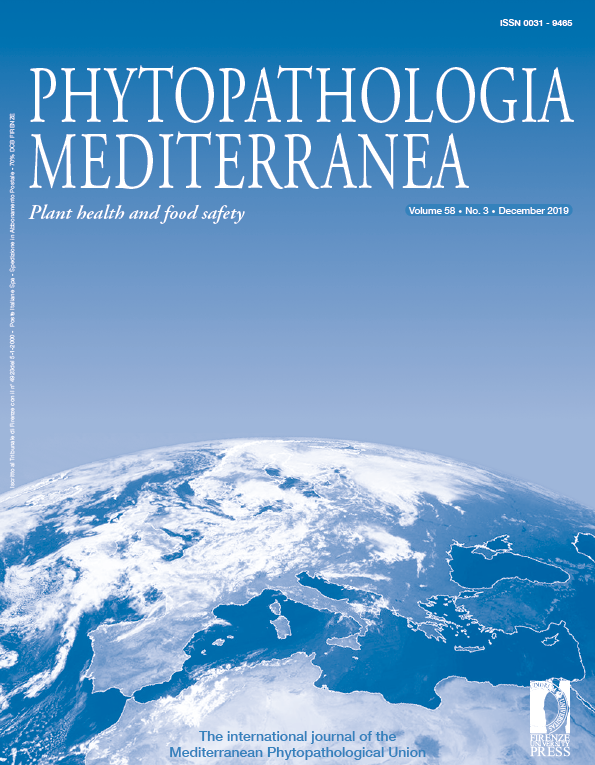 Stripe (yellow) rust, caused by Puccinia striiformis f. sp. tritici (Pst), is a major threat to wheat production in Central and West Asia and North Africa (CWANA). Effective fungicides are available, but host resistance remains the most economical, effective and ecologically sustainable method for stripe rust control. Understanding the genetic diversity of resistance to Pst is a key element in breeding for durable rust resistance. Multipathotype tests were performed on 87 elite lines of bread wheat from the spring wheat breeding programme at the International Center for Agricultural Research in Dry Areas (ICARDA), 23 Lebanese bread and durum wheat varieties, and 28 Lebanese landraces, with 11 Pst pathotypes. Low and high infection types were identified for the resistance genes Yr1, Yr3, Yr4, Yr6, Yr7, Yr9, Yr17, Yr25, Yr27, and Yr32. All but one of these genes (Yr32 being the exception) were postulated. ICARDA elite lines displayed greater diversity for Yr genes than the Lebanese varieties and landraces. Yr27 was the most frequent Yr gene postulated singly in the Lebanese varieties. Yr7, together with other unidentified Yr genes, was the most frequent gene in the ICARDA elite lines. Combinations of two Yr genes were common in ICARDA elite lines. These results confirm that the landraces consist of several genotypes. Seventy-five percent of landraces were susceptible to all pathotypes, but they displayed resistance diversity, with different proportions of resistant seedlings. In two landraces, some plants were resistant to the Warrior pathotype, which has recently spread in CWANA regions, and to other pathotypes. This indicates the presence of new resistance genes in these landraces. Some landraces, elite ICARDA lines and Lebanese varieties were completely resistant to all pathotypes, and are therefore potential sources of new resistances.