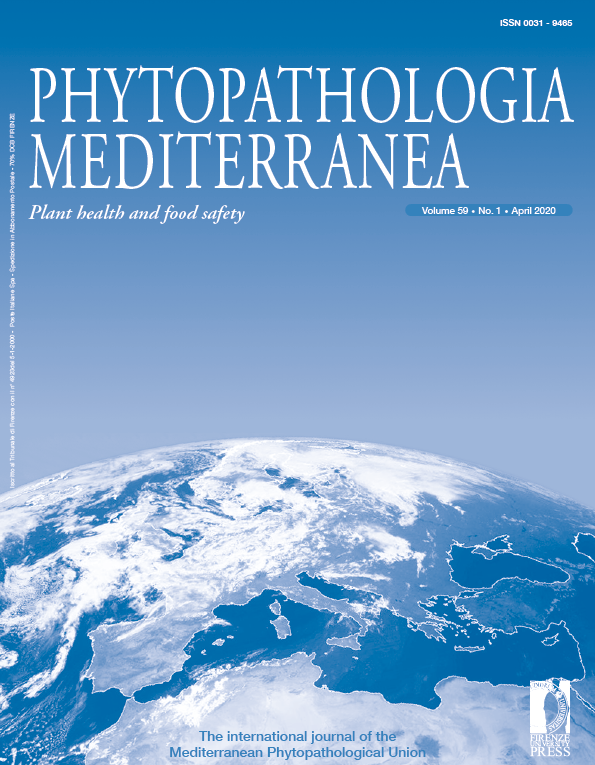 Effects of anaerobic soil disinfestation (ASD) on Rhizoctonia solani basal rot of lettuce were assessed considering: two soil types; different C-sources; different temperature regimes; two treatment durations; and two lettuce crop cycles, in the presence of a high disease incidence from artificial infestation with the pathogen. C-source, temperature, and incubation period, and their interaction, affected the efficacy of the ASD treatment for the lettuce–R. solani pathosystem, with differences depending on the soil type. Brassica carinata pellets, used as a C-source, reduced incidence of Rhizoctonia basal rot in the first crop cycle by 50 to 69% in a peat soil after 3 weeks of treatment at 21°C, and by 52 to 60% after 3 weeks of treatment at 26 or 31°C, compared to the inoculated and untreated experimental controls without anaerobic conditions. The best disease reduction was provided by B. carinata pellets applied, under anaerobic conditions, to peat soil (79% efficacy) and a sandy loam soil (100% efficacy) kept at 31°C for 6 weeks. Generally, ASD based on B. carinata pellets provided greater disease reduction in the first crop cycle than the second, with the only exception being for results achieved in both soils incubated for 6 weeks at 21, 26 and 31°C. Wild rocket used as a C-source provided the greatest disease reduction (78–83%) on plants grown in peat soil at the first crop cycle after 6 weeks of the ASD treatment at 31°C, while wild rocket provided disease reduction of 29 and 50% when mixed with the sandy-loam soil under the same conditions for 6 weeks. The efficacy of the ASD treatment with compost was improved in the second crop cycle, compared to the first, resulting in the greatest disease reduction (52 and 66% efficacy) reached in the sandy-loam soil incubated for 3 weeks at 21°C, and 63% efficacy in peat soil previously treated for 6 weeks at 26 and 31°C. However, slight reductions in lettuce plant development was generally evident in the first crop cycle, which could be due to differences in efficacy of the tested ASD treatments and to phytotoxicity. The greatest yield from sandy loam soil was obtained for the B. carinata pellets and wild rocket at 26 and 31°C in the second cultivation cycle. Partial efficacy of ASD does not justify the adoption of this method against R. solani on lettuce under intensive crop systems. However, ASD based on Brassicaceae and compost as carbon source applied in a sandy-loam soil may be valuable for reducing R. solani incidence, at lower temperatures than those required for soil solarisation or biosolarisation.