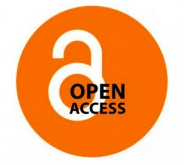 Drammaturgia is a new series of the same title journal published by Salerno Editore until 2003. Issued once a year, it examines the intercultural dynamics of theatre and the differences between literary structures of the discipline and its specific contexts and processes of production and fruition.

Directed by Siro Ferrone and Stefano Mazzoni, the new series of the annual journal «Drammaturgia» is the continuation of the prestigious multidisciplinary publication of the same name founded in 1994 by Ferrone and published with rigorous punctuality until 2003 by Salerno Editrice: ten monographic issues and eight notebooks, for a total of more than 4500 pages. The new series is published by Firenze University Press, both in print and in electronic form. The contents of «Drammaturgia» (original essays, documents, texts, bibliographic repertories, ongoing research) are available in open access. The journal investigates a long-term diachronic arc – from the ancient world to today –  in a historical-philological perspective attentive to intercultural dynamics and to the differences between the literary crystallizations of the theatre and the specific contexts and processes of production, staging and consumption of live theatre. In addition to the annual issue of the journal, reviews and commentary on current topics are published quarterly since 2001 on the website «Drammaturgia» (http://drammaturgia.fupress.net). A close and fruitful scientific collaboration is established between «Drammaturgia» and AMAtI, Multimedia Archive of Italian Actors (http://amati.fupress.net). The editorial staff of the journal is based in the Department of History, Archeology, Geography, Fine and Performing Arts of the University of Florence (Head Office in via Gino Capponi, 9).