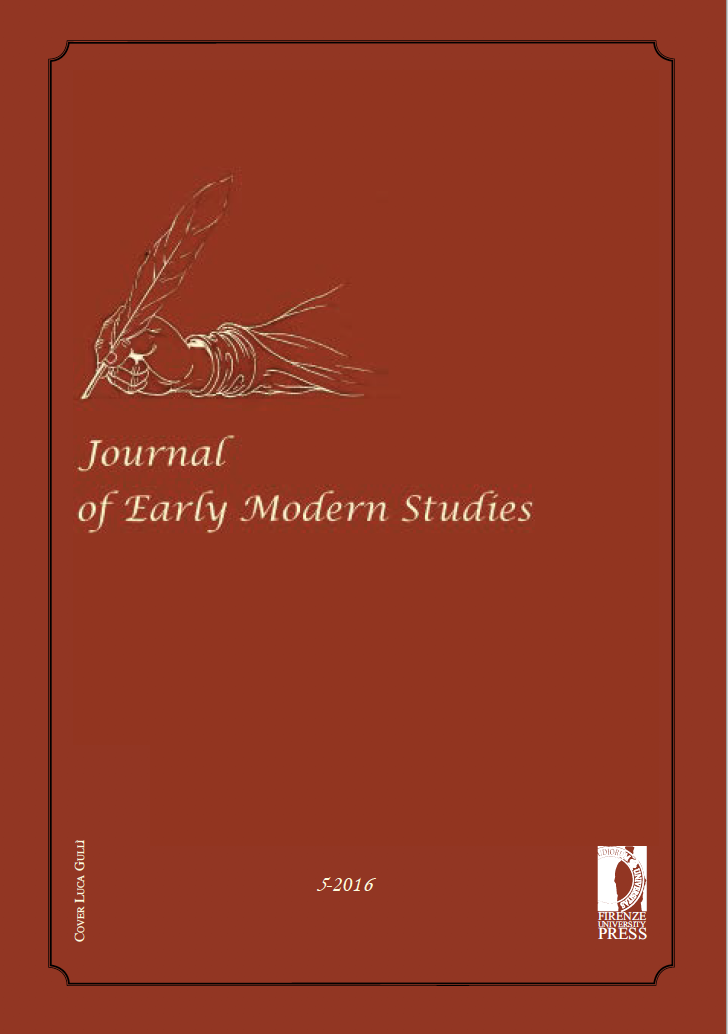 The aim of this article is to cast some light on the ways in which Shakespeare’s reputation as a poet and author was made between the end of the sixteenth and the beginning of the seventeenth centuries. The article focuses on The Passionate Pilgrime, a puzzling collection of poems by diverse hands, published under Shakespeare’s name, probably in 1599, and in a ‘corrected and augmented’ edition, the third, in 1612. Though it raised issues of piracy and fraud, which recent criticism has much deflated, the collection is nonetheless a very interesting artefact from the point of view of the (collaborative) construction of authorship. Attention to the ways in which The Passionate Pilgrime was constructed, and made available during the late sixteenth and early seventeenth centuries, how its physical layouts, arrangements and paratextual materials encouraged particular readings will help us understand how Shakespeare was authored and what kind of poet he was thought to be by his contemporaries.