Regionalization and Globalization in Networks of Transnational Human Mobility, 1960–2010 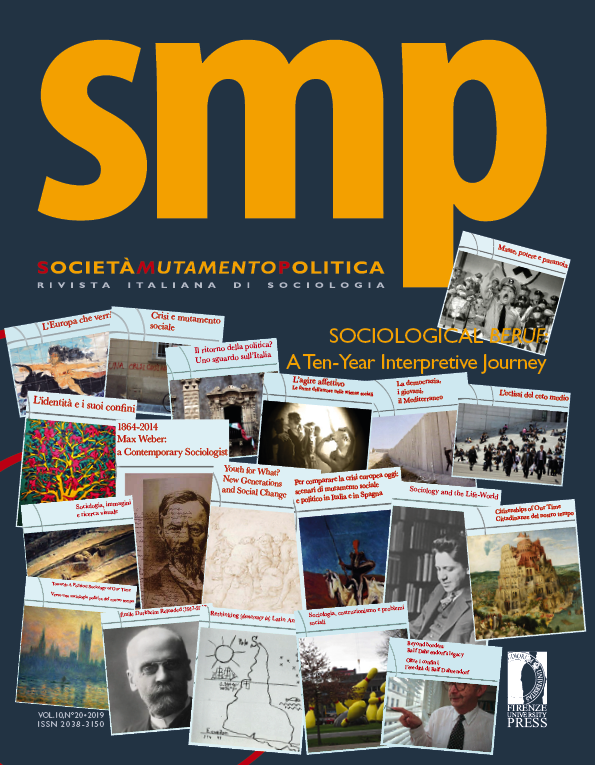 The dramatic increases in transnational mobility and communication over recent decades give rise to the question of whether the world is globally integrating or whether regions are emerging as a new layer of societal integration beyond the nation-state. Yet, our knowledge in this regard is still limited, as researchers have thus far modeled regionalization and globalization as either independent from or dependent on each other and their conclusions are heavily contingent upon this decision. Furthermore, most past empirical studies on this issue have focused on economic and institutional ties, disregarding people’s cross-border activity. This article aims to (a) clarify the relation between regionalization and globalization via a novel conceptualization that allows the modeling of the two processes as both complementary and competitive and thus to compare resulting outcomes, and (b) empirically trace regionalization and globalization in five types of transnational human mobility (asylum-seeking, migration, refuge-seeking, studying abroad and tourism) over time. Network analyses of flows between 38,220 country dyads reveal that while in absolute terms both regionalization and globalization occur, regional integration exceeds global integration. While this effect is found for all regions, it is strongest in Latin America and the Caribbean. These findings contradict basic assumptions of world-systems theory’s core-periphery model, demanding a rethink regarding the structure of the transnational world, paying increased attention to the role of regions as a relevant layer of societal integration between the nation-state and world society.