The impact of agricultural policy in Brazil and Germany: a comparative approach between the Western Mesoregion of Paraná and Nordrhein-Westfalen State 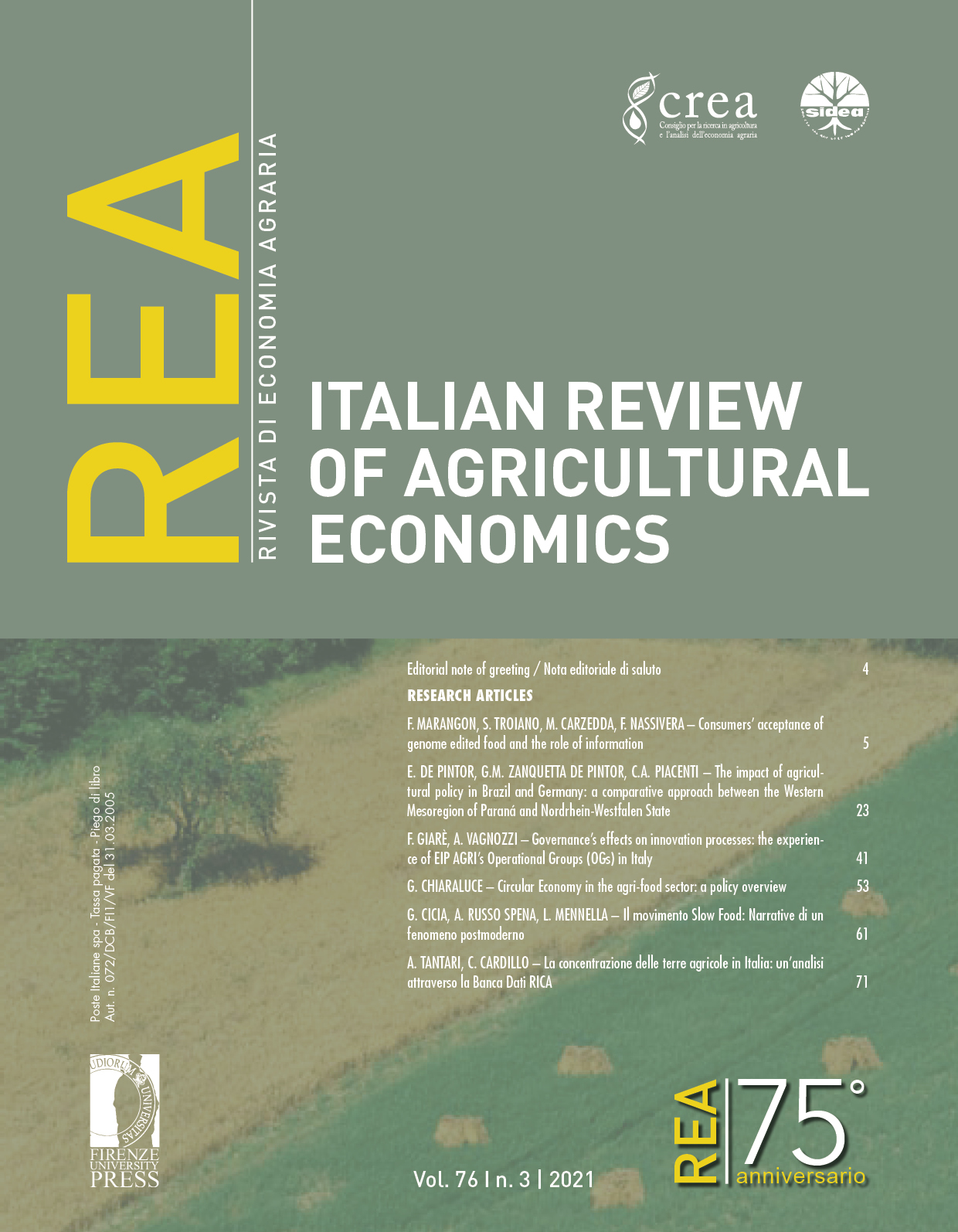 In Brazil, agriculture has fulfilled its basic functions, being strongly linked to economic dynamics and food security. It has thus contributed to economic growth. In the European Union (EU) agriculture has played a prominent role which, after The Second World War, has unfolded in the formulation of a Common Agricultural Policy (CAP) which has been mainly based on providing food security. The study is included in this context. It aims to measure the incentives of agricultural policy for cereal production in the Western Mesoregion of Paraná and the State of Nordrhein-Westfalen from 2005 to 2017. This was accomplished through an index, which measured the proportional participation of subsidies in the Gross Value Added (GVA) of agriculture in each region. The results showed that agricultural subsidies for Germany and Nordrhein-Westfalen were on average 29% of GVA. While for Paraná and West Mesoregion the value was around 8%. The result allows us to conclude that agricultural subsidies for the German regions were about three times higher than those of the Brazilian regions, demonstrating high participation of subsidies in the producer’s income.