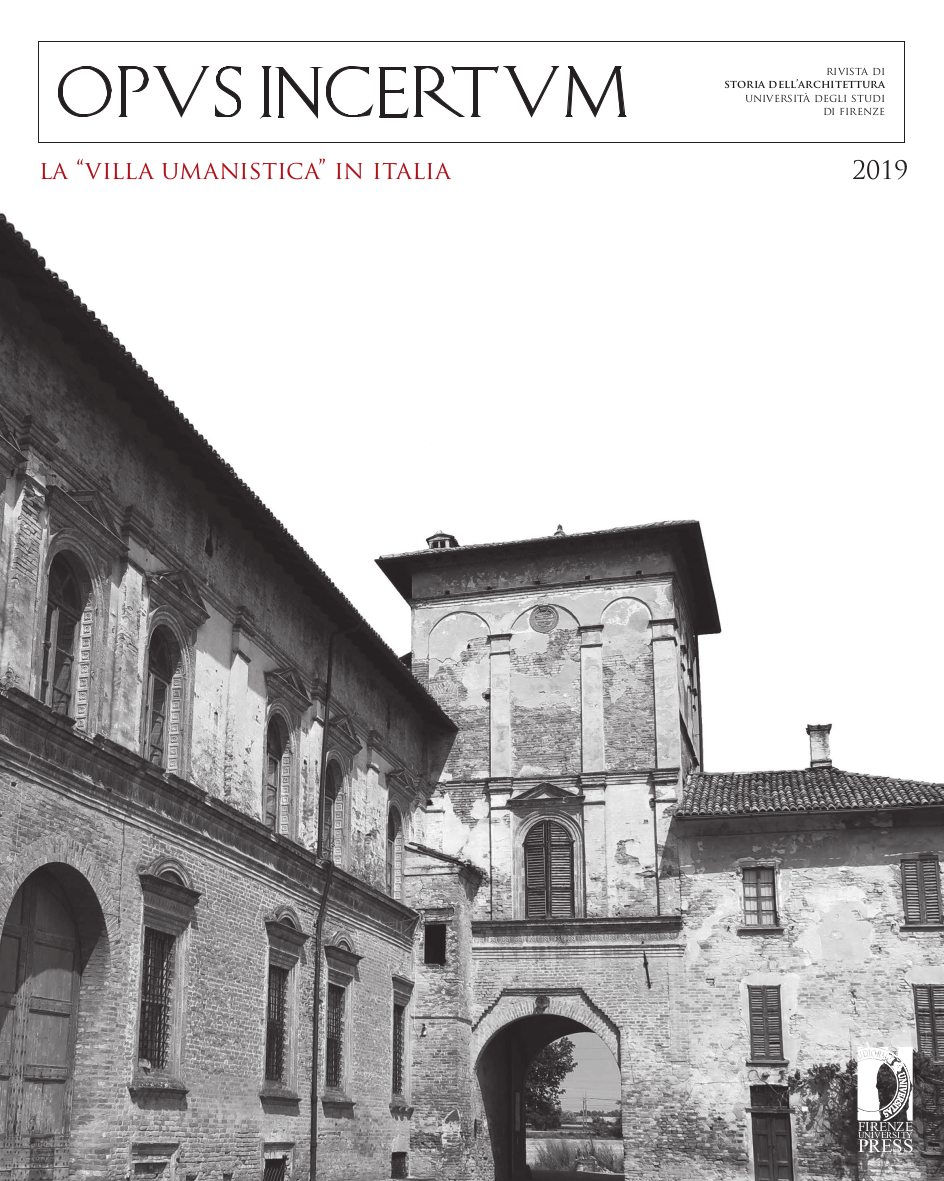 A drawing and some documents kept at the OFM archive in Rome, relating to the purchase of villa Rucellai in Quaracchi by the Franciscan Order, helps to identify the interventions by the new ownership at the end of the 19th century and to reconstruct with reasonable certainty the 15th century appearance of the villa. There are several similarities between the stone elements of the Commenda Gerosolimitana of St. Jacopo in Campo Corbolini and those of the villa, such as the shielded capitals on octagon pillars which are present in both. They support the hypothesis that the villa was probably built by Andrea di Nofri following Leon Battista Alberti’s programme, to which the interventions in St. Jacopo around the middle of the 15th century are related.