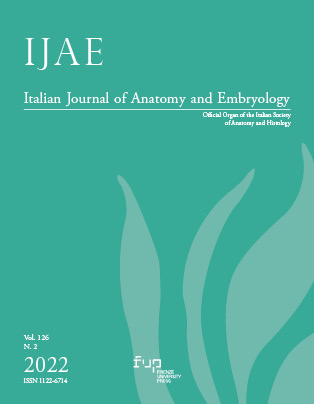 A multiple deposition burial in a lithic coffin was found on a hill located in the Campidano valley, in Central South Sardinia (Italy). The site was used from 1800 BC to 500 AD, the burial seems to be dated to the Roman age (238 BC-470AD). A total of 98 human bones and 3 human teeth were present. Anthropological and paleopathological analyses were made. The biological profile was defined with standard anthropological methodologies. The anthropological analysis. A large part of the bones can be referred to as an adult male.  Most of the bones display the presence of pathologies, in most cases osteophytosis, the correlation of the same pathologies in contiguous bones indicate that they may belong to the same individual. Very interesting is a possible blade injury in the lateral epicondyle of the right male humerus and a plausible pertrochanteric fracture. The presence, in the same coffin, of a small number of individuals, with the presence of one subadult, can’t completely exclude that they were members of the same family group. More analyses will be necessary to better understand the context.