No. 2 (2022): Preventive urbanism. Researches and Practices for Healthier Cities
Ricerche 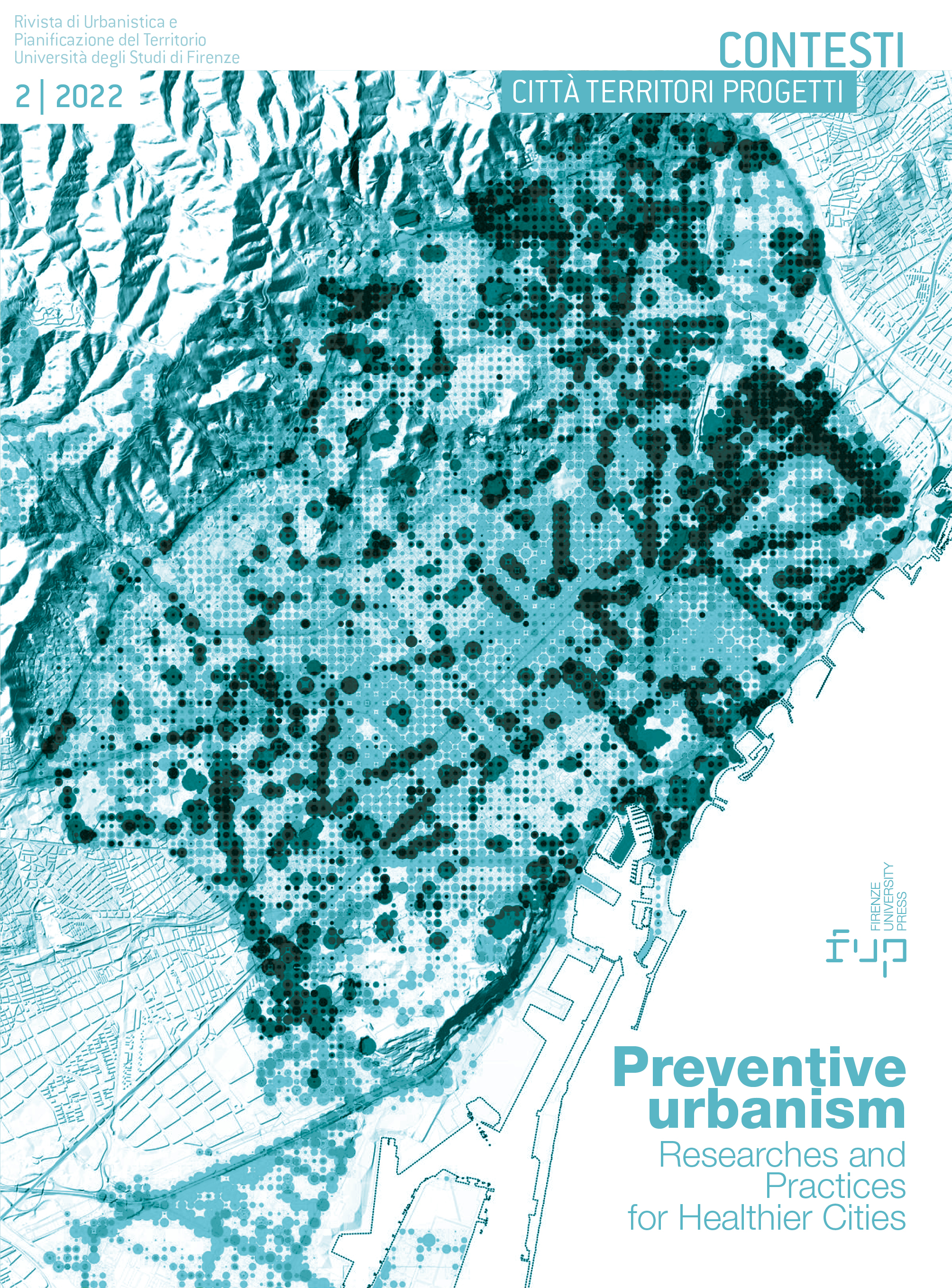 Evaluating the intended and unintended environmental health impacts of urban policies is critical for designing and implementing policies that promote healthier urban living. This paper evaluates the Barcelona Superblock model — a policy aiming to reduce road traffic and increase other uses of the public space such as active mobility — during its design and recent implementation stages, with a focus on its traffic reduction benefits. Its design assumed that Superblocks would cover the entire city, potentially reducing overall road traffic by more than 20% due to the “evaporation” of road traffic from this large-scale reallocation of streets. This reduction is necessary to improve environmental health conditions in the city, where traffic density accounts for about 5,500 vehicles per km2 in the most congested areas. Recent estimations in the context of the COVID-19 lockdown found that a 25-30% reduction of road traffic is required to comply with European annual NO2 concentration standards. Thus, according to the impact evaluation of its design, an entire-city deployment of Superblocks would accomplish most of this necessary reduction. However, to date only three pilot intervention areas have been implemented in the city and two evaluations of their actual impacts provided complementary results: Superblocks are beneficial in pedestrianized streets but may be detrimental in streets influenced by the rebound effect of traffic redistribution. Previous studies have suggested that similar interventions reallocating road space from motorized vehicles to other uses can lead to traffic redistribution to nearby streets while reducing overall traffic levels on the whole network. Here, we argue that in cities with very high circulating traffic density, like Barcelona, Superblocks need to be accompanied by urban policies that reduce traffic in the city as a whole. Specifically, developing policies that could reduce overall traffic in the entire city — e.g., a congestion charge — could ease the implementation of Superblocks by freeing space from cars and providing economic resources to implement the necessary transformation of public space.