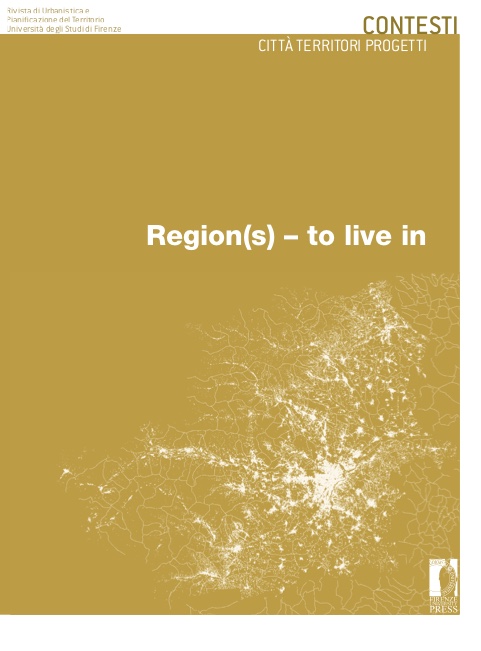 An outsiders look at spatial planning in Italy witnessed a remarkable exercise with the ratification of the so called ‘Delrio law’ in 2014 and, subsequently, the formation of fourteen metropolitan cities. A process, reaching in principle back to the 1990ies and having the intention to reform the constitutional set-up of the state, reached a conclusion. A bright step towards the modernisation of state administration, attempting to produce better and more appropriate institutions for the growing city regions in Italy, which are at the complex target of that exercise.
A consortium of Italian university scholars from various universities (Balducci et al., 2017) embarked during the same period on a project which has the intention to provide a better understanding of metropolitan city regions, some of them forming the spatial layer of the new institutions. Understanding the complex structures and processes behind modern metropolitan city regions is the ambition, ultimately also improving the capacity to steer and manage development processes.
This short paper attempts to contribute to the addressed discussions by outlining three perspectives: It will first reflect on relevant issues following from a global debate on the urban millennium and on planetary urbanisation (UN, 2014, Brenner and Schmid, 2015). Second, results of an ongoing research project on urban futures and vision making processes, anticipating urban futures, will be presented. And finally, a brief conclusion will be drawn, critically acclaiming the need to embrace the future by making visions that explore unknowable novelty, which are experimental, and which open political horizons instead of closing them. That is, the post-metropolitan gaze cannot remain an analytical one; it needs essentially and urgently also to be one that steps forward to action.