Beyond the Bad Quarto: Exploring the Vernacular Afterlife of Early Modern Drama 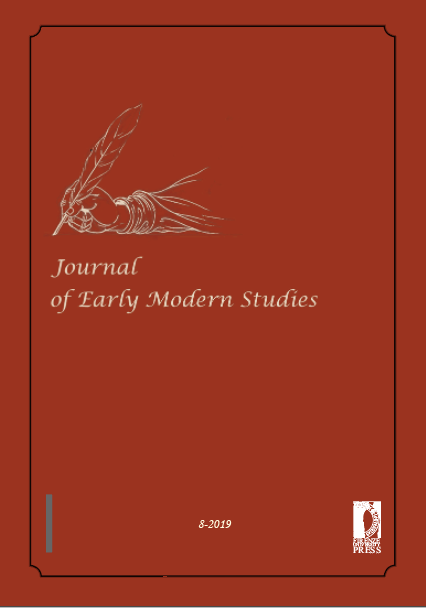 Authors retain the copyright and grant the journal right of first publication with the work simultaneously licensed under a Creative Commons Attribution 4.0 International Public License (CC-BY-4.0) that allows others to share the work with an acknowledgment of the work's authorship and initial publication in JEMS.

Alongside the irregular ‘stage history’, early English plays also had a ‘vernacular afterlife’, comprising both a professional strand of performances by strolling players and puppet-masters, and a ‘folk’ strand of performances by local youths under customary, festive auspices. And while continuity on the high road of theatrical performance, thanks to intervening revolutions in staging and production, is mainly literary, continuity along the low road of the vernacular afterlife, thanks to intervening textual degradation, is more in regard to performance aspects, offering a different set of insights, not least on the matter of relationships between performance and text. Of the various options available, the article undertakes comparative analyses juxtaposing passages found in mummers’ plays from ca 1780-1920 with their sources in specific early English stage productions (two plays, an opera, a Tudor interlude, and a droll). They reveal the impact on texts of both re-contextualization and recollection from memory in performance, and point to areas inviting further research, including the persisting significance of the Clown, and a neglected folk drama of amateur, festive performances independent of the mummers’ plays, of which a concluding illustration is provided. The exercise is also designed to open up a new research avenue between Theatre History and Folklore, with folk traditions now seen as derivative from, rather than a source for, theatre productions.