Vol. 6 (2017): A Time of Their Own. Experiencing Time and Temporalityin the Early Modern World,
Part Two - Case Studies 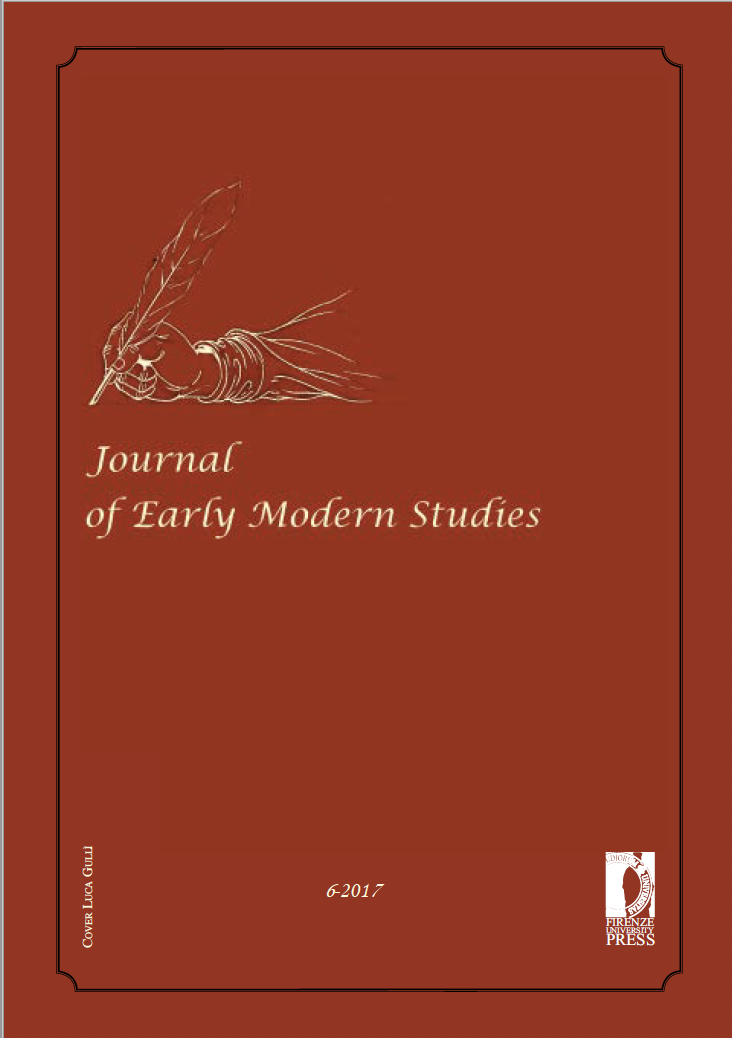 The article seeks to illustrate how the theme of time may be a worthwhile starting point towards uncovering useful connections between the philosophy of Giordano Bruno and that of Michel de Montaigne. Firstly, a brief literature review will assess the admittedly small but promising criticism that has previously attempted to bring the two writers together. Subsequently, the article argues that time is a meaningful way to approach their texts. Specifically, time refers to the drama that arises between the material body, which generally exists within a so-called natural order of time, and the mind which is not tied to the present moment, and is free to contemplate both past and future time. The article argues that Bruno and Montaigne’s understanding of time in this manner leads them to question traditional representations of time, such as the common fear of death, in remarkably similar ways. This process will be illustrated through examples drawn from two chapters of the Essais and a dialogue from the Eroici furori, and will conclude by assessing the straight forward connections that have arisen between the two authors, as well as scope for further research in this area.