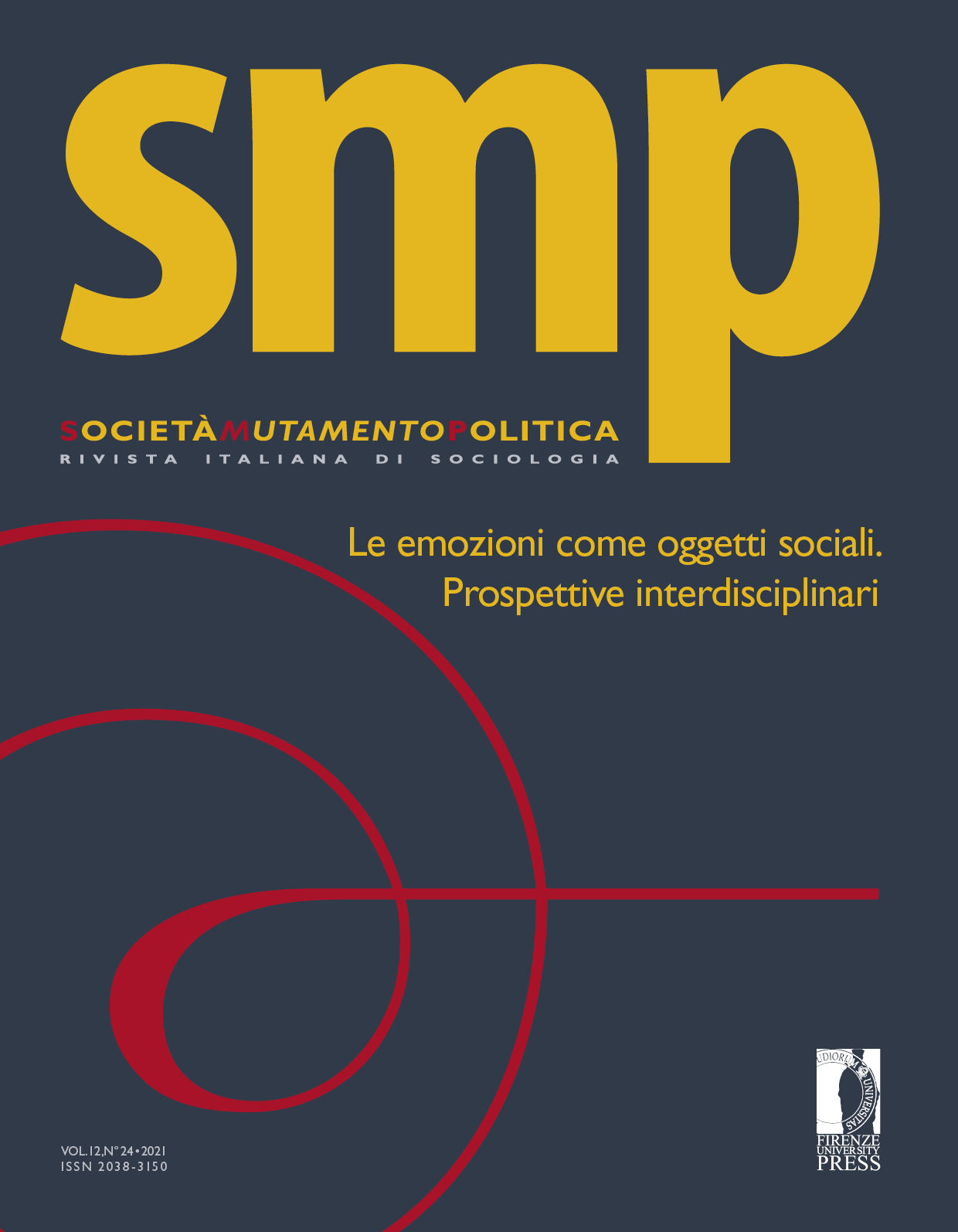 Emotions today seem to play a fundamental role. In fact, emotions make social interaction between individuals possible and it is thanks to them that communication processes develop and make dynamics of social integration possible. In this paper, emotions are analysed as transformative resources, whose strength appears almost revolutionary for the subject’s ability to act. Despite the widespread processes of individualization in contemporary society, the individual appears to be looking for new ties and new relationships not only in the emotional sphere but also in other contexts which, although elusive and difficult to identify, are crucial for social life. What are the new scenarios in which emotions manifest themselves? What kind of bonds are generated in the practices of social interaction nowadays? It is in this perspective we intend to investigate emotions such as altruism, solidarity, gratitude, empathy induced thanks to the commitment of the Tuscan Voluntary Association Auser Abitare Solidale.