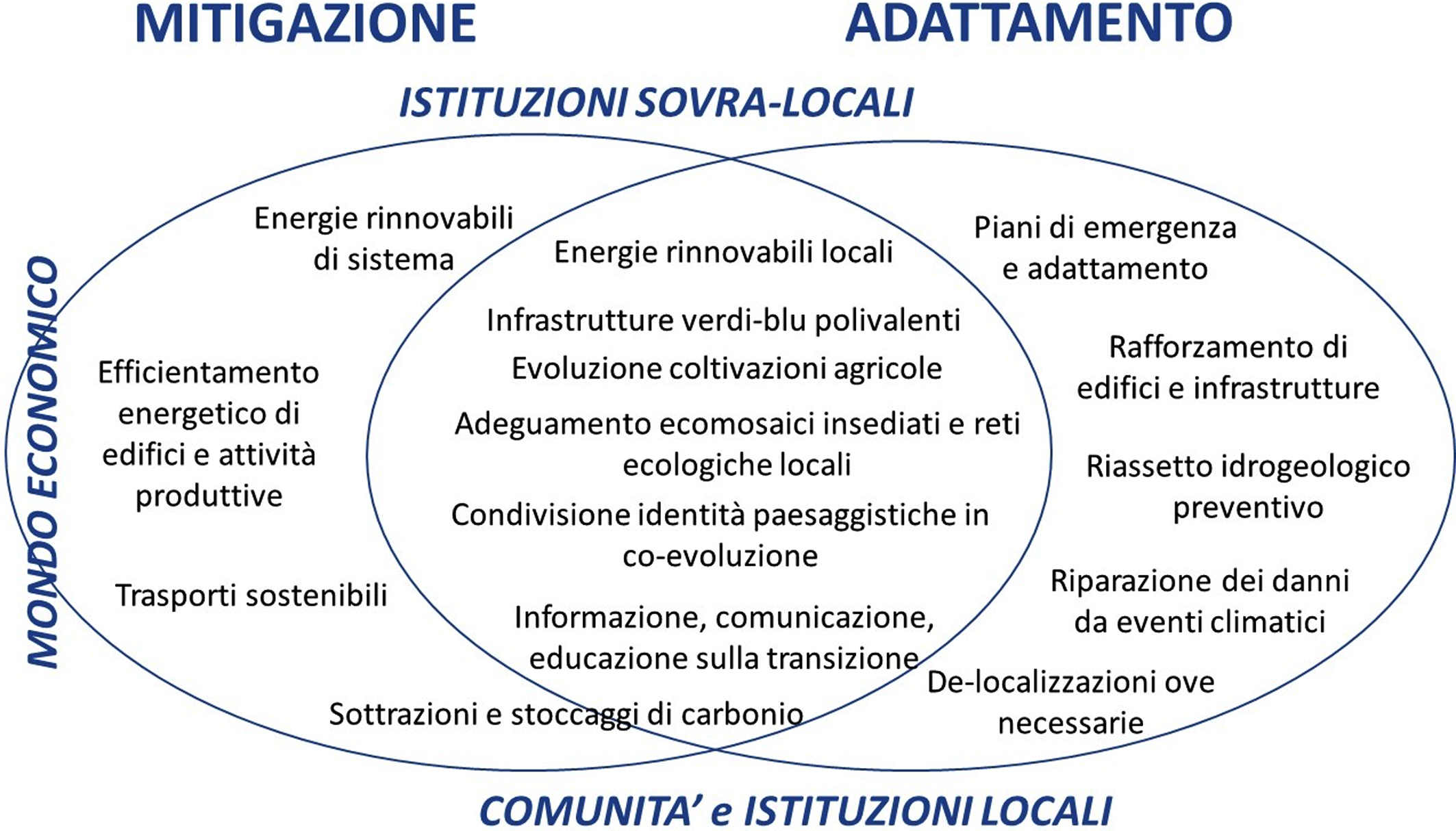 The current model of ecological transition, considered as a reference at the institutional level, has climate change as its central object, and is mainly based on the goals identified by the Paris Agreement (2015) and the European Green Deal (2019). The article discusses the implications of this model for the local eco-territorial level, a combination of bio-physical ecosystems and identity values. It raises the issue of the relationship between planetary common goods and local common goods, in many real cases resulted in conflicts between the various actors involved; and highlights the current condition of a ‘perfect storm’, as several critical factors (macro-trends and the inertia of greenhouse gas concentrations, the closeness of tipping points in critical climatic processes, the consequences of the ongoing war on uses of energy and compliance with international agreements) menace to make the current transition model ineffective. Therefore, it proposes a better balance between mitigation and adaptation strategies, also through win-win actions responding to both needs and also including, for the various actors involved, paths to share the contents of an acceptable evolution of local ecosystems and territories.