Vol. 10 No. 2 (2022): Eco-territorialism. The bioregional perspective
Science in action

Bioregion as a knowledge and project tool for metropolitan territories. Genoa: the case of Polcevera Valley 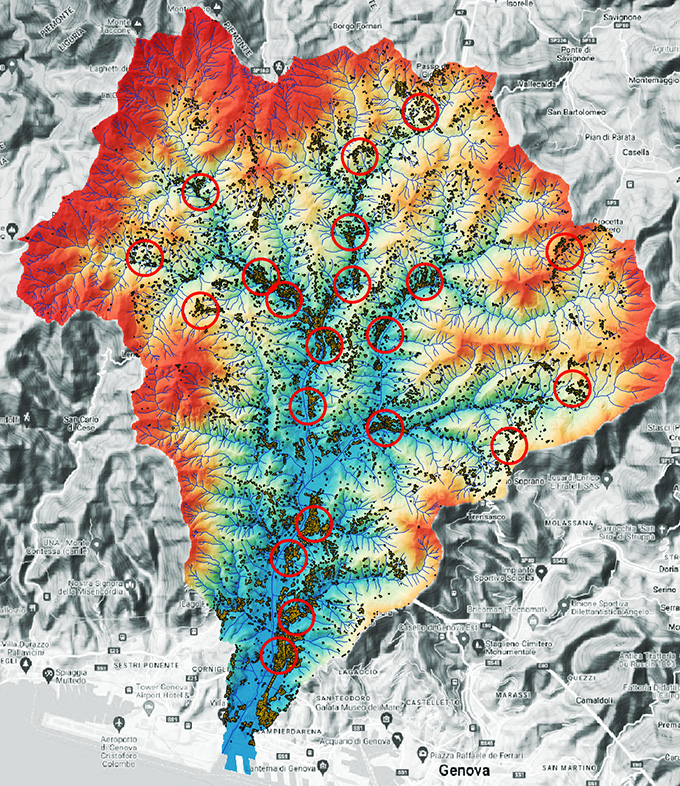 The Polcevera Valley historically represents a fundamental link between the central Ligurian Sea and the Po Valley. In the short century of the economic-industrial transition, this area experienced one of the most intense industrialization and urbanization processes at the national level, becoming the site of wide productive compounds linked to newly formed workers’ quarters. After the tragic collapse of the Morandi Bridge (2018), and as a consequence of a de-industrialisation process underway for at least three decades, the unsustainability of the industrial and urban-centric settlement model and the need to rethink its urban structure according to new resilient approaches became evident. The paper explores the potential deriving from a reconsideration of the Valley settlement model based on bioregional principles. Rethinking the valley territory, starting from its historically resilient and metabolic connotation, allows us to build an interpretation of the urban area focused on the common governance of resources, where hilly areas, green/blue networks and brownfield spaces could acquire a key role in supplying ecosystem services and urban welfare and foster a new urban economy. Bioregional transformation scenarios could at the same time be the basis for reformulating hypotheses of reuse and regeneration of long-term territorial heritage which tend to be ignored today.