Power and resistance against patriarchal extractivism in Latin America: practicing the feminist perspective 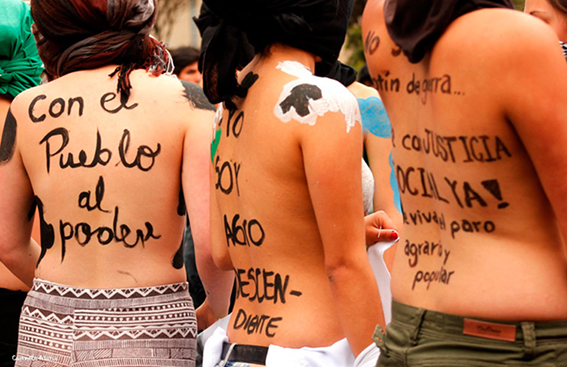 The aim of the paper is to provide a theoretical insight into the feminist concept of cuerpo-territorio and the strict interrelation between the two terms – body and territory –, both object of predatory capitalist exploitation and protagonists of resistance against patriarchal extractivism in Latin America. The research intends to shed light on how capitalism, through the exploitation of territories and natural resources, is able to exploit also the reproductive role of women, strengthening their subordinated position and their confinement within the patriarchal society in the name of the profit. In this scenario, the study adopts a gender-sensitive perspective to reveal to what extent men and women are differently affected by extractivism and, as a matter of fact, it supports the evidence that this dominant model of accumulation cannot be considered gender-neutral, as impacts on women are definitely more severe than on the male counterpart. Consequently, through some cases in Colombia, greater attention has been put on women’s status, roles and capacities of challenging the system, in order to highlight the gendered implications of capitalist extractivism and to stress the capabilities of women in creating an alternative conception of development, aware of women’s needs and pointing at a more fair and inclusive society.