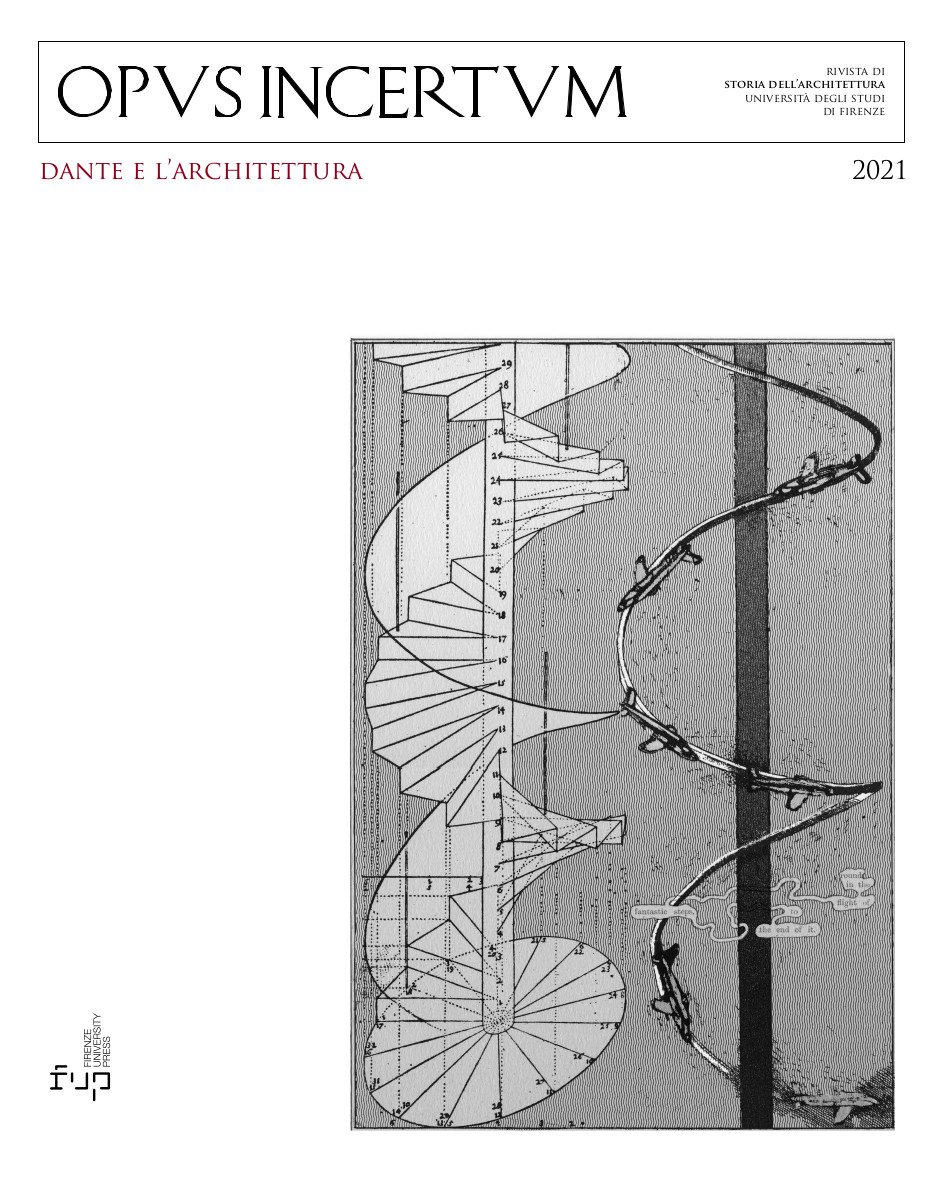 Roberto Papini (1883-1957) was one of the most influential figures within the Italian architectural debate between the two world wars. Professor of History of Architecture in Florence, he was one of the most up-to-date figures concerning the programmatic and linguistic innovations of foreign architecture, which he spread through his numerous collaborations with large circulation newspapers and magazines. He also held numerous prestigious public positions at the Ministry of Education and Fine Arts and at important cultural institutions. Papini was not a Dante Alighieri scholar, a literary expert or a linguist. Despite this, for over thirty years he sought to modify the urban and architectural conformation of the place where the poet is buried, a theme on which he worked incessantly from 1927, when he formulated the proposal for the area, the only occasion on which he attempted to design architecture from scratch, to 1957. Through the study of unpublished documents kept in his archives in Florence, the contribution will highlight the reasons behind Papini’s obsession and elucidate the way in which he attempted as an intellectual, with his articles and actions, to get his project approved by the local administrations.