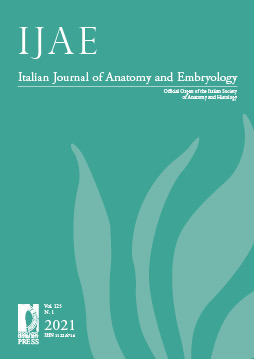 Patients with chronic renal failure and vascular diseases require the vascular access for hemodialysis procedure to be performed with the most possible comfort for the patient. Native vein graft has a longer-lasting term in the patients’ limb, lower risk of graft infection and lower price. Native vein graft is constructed from the great saphenous vein, if the diameter of the vessel is smaller than the diameters of vessels (brachial artery, cephalic vein) it is connected to the cubital fossa region due to the risk of graft folding, that might occur, if the graft diameter is bigger than the diameter of one or both vessels, on which anastomosis is made. The most important sizes, that were taken before graft placement, are the length of the forearm compartment, the distance between the brachial artery and cephalic vein in the cubital fossa region, distance from an expected incision in the brachial artery to the middle of the forearm compartment, the distance between incision in cephalic vein to the middle of the forearm compartment, length of the great saphenous vein (the graft) and diameters of blood vessels, used in the procedure. Finally, the right position of the graft should be determined for the successful outcome of anastomosis creating procedure.