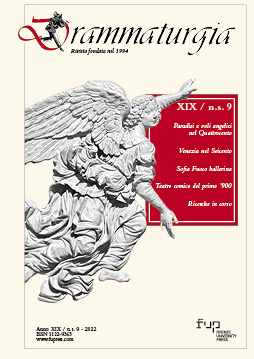 This intervention aims to analyze the spatial arrangement of the tenants in the different orders of the San Giovanni Grisostomo’s theater during the opening season, through the study of the documents from the notary of the Grimani’s brothers (named Fratina), now preserved in the Archivio di Stato di Venezia. The opening years of San Giovanni Grisostomo are significant from a political point of view; tensions within the aristocracy had worsened after the entry of a substantial number of families, obtained thanks to the outlay of a large sum of money. The phenomenon will be so destabilizing that it will take years to reach a new balance in the Maggior Consiglio. The evidence found allow us to affirm that not only the theater layout reflected the divisions within the patriciate, but also that the tenancy of the boxes from some rapidly growing families may have underpinned an intention of social ascent, thanks to the physical closeness between the new acquisitions and the historical affiliates of the patriciate. Finally, it is found that the positioning of some families, ambassadors or important political personalities could become a pretext for the establishment of new alliances.