Vol. 9 No. 9 (2019): Whose Homelands? Fictions, Facts and Questions of the Irish Diaspora
Sezione monografica / Monographic Section

Displacing the Nation: Performance, Style and Sex in Eimear McBride’s “The Lesser Bohemians” 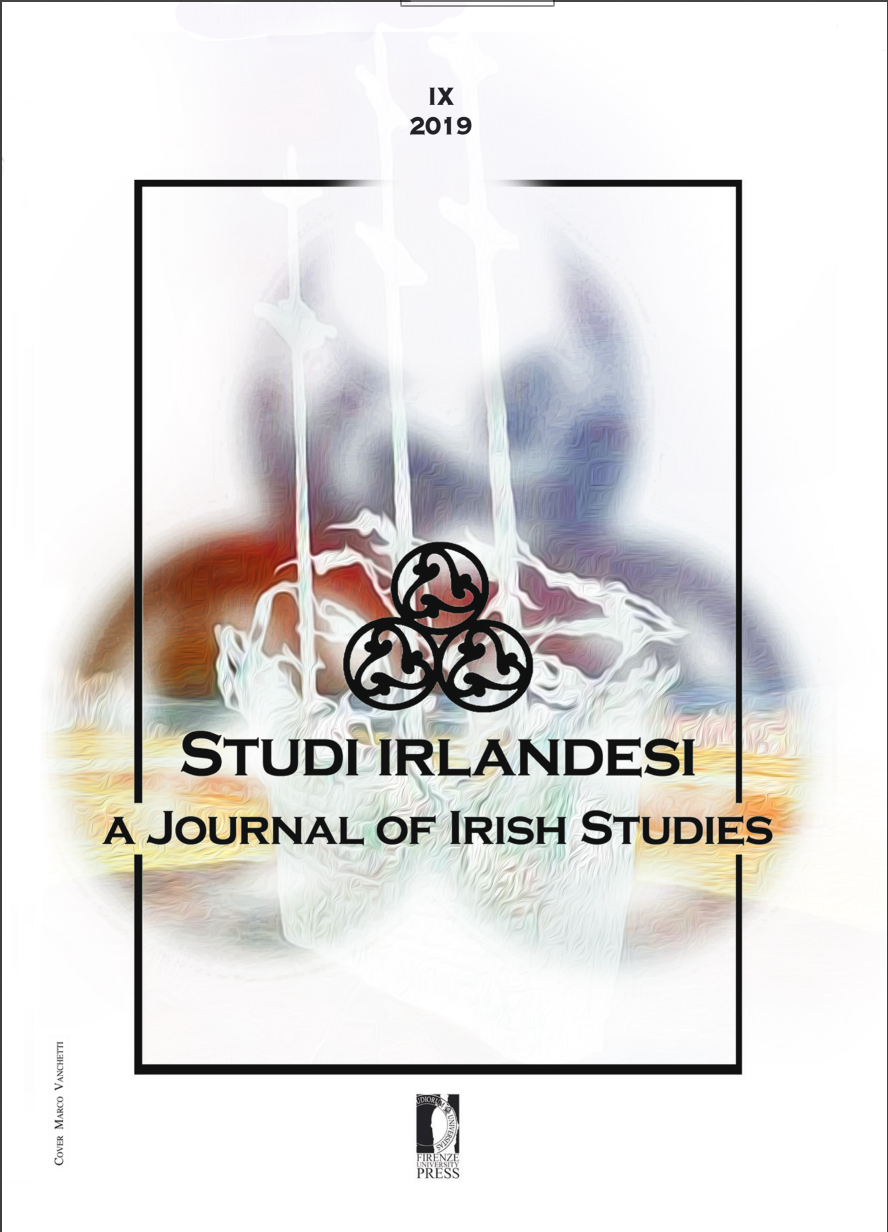 Eimear McBride’s second novel revisits many of the stylistic practices and conceptual themes which made A Girl is a Half-formed Thing such an important intervention within post-Tiger Irish cultural politics. By setting The Lesser Bohemians in London during the 1990s, however, McBride displaces both the temporal and spatial focus on the here (Ireland) and now (post-Crash) which has tended to dominate contemporary Irish fiction. The theatrical milieu within which the main characters operate, moreover, as well as the novel’s emphasis on the redemptive power of sex, likewise militate against any attempt to regard it as just another Irish “trauma” narrative. By revealing the extent of Irish/British cultural interpenetration, McBride exposes the bad faith of both austerity economics and political isolationism.