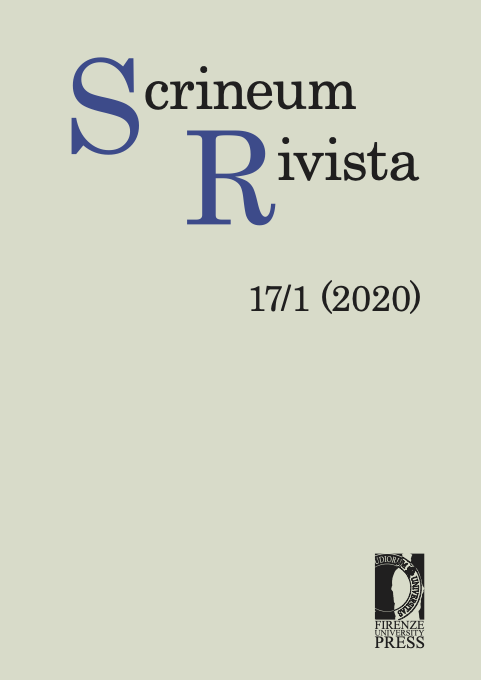 The fire, which broke out in the National University Library of Turin in January 1904, destroyed about 25.000 printed volumes and 1.500 manuscripts. The fire crumpled and twisted the codes by welding the edges of the sheets with a dense layer consisting of an amalgam of smoke and gelatin glue; the parchment, to which the excessive heat had removed its natural humidity, shriveled and dried up becoming very fragile. The water, abundantly thrown to extinguish the fire, aggravated the situation of the membranaceous codes, compromising all the materials composing the body of the volumes. During the twentieth century, thanks to the value of the restorers (Marrè, Caudana, Bruna and others), measures were put in place to restore as much as possible the mass of seriously damaged manuscripts, but only with the recovery project implemented by the Library in 1999 all unresolved issues were addressed. This project involved different knowledge and professionalism: librarians, physicists, chemists, philologists, restorers. The fire of 1904 brought back to the discussion table the long-standing hypothesis of building a new location for the Turin National Library to be placed in a modern, highly personal and definitive building. After troubled decades of hypotheses and designs, the new Library headquarters, in the central Piazza Carlo Alberto, was officially inaugurated on February 15, 1976.