Call for Papers - An Unequal World Facing the Covid-19 Pandemic 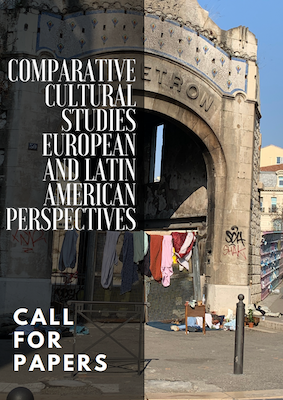 The first victim of the war is the truth (Aeschylus)

The coronavirus crisis is a huge challenge for humankind. The media say that economic globalization will be wiped out by the pandemic caused by the coronavirus ... borders closed, states imposingspecial measures on populations, limiting freedom of movement and privacy ... Those same media who conceived of a pandemic in a "global village" ... If  capitalism will die, will networks survive and become stronger?  Will telework be the norm? Will a better and more supportive world be born, as foreshadowed by some commentators? Or does an Orwellian universe await us, under the control of Big Brother, prefigured by the "lock-downs to which so many populations are subjected even in democratic countries (Harari, 2020)?

What appears evident is that the coronavirus emergency or the "state of exception" (Agamben, 2020) is clearly highlighting the inadequacy of the decision-making apparatus (national and international) and the latent injustices of "global" society.

An analysis of the current situation and the foreshadowing of the future cannot be separated from some data from the present:

a) inequalities between countries and, within countries, between social classes in 21st century capitalism. The issue of inequalities (Piketty, 2019) was crucial in the political debate before the outbreak of the pandemic;

b) the relationship between neo-liberalism and the crisis of health systems, particularly in developed countries;

d) the current world political order, in particular with respect to the articulation between national states and transnational bodies - in its various forms, from the European Union (in crisis), to the International Monetary Fund, to United Nations agencies such as the WHO;

e) anthropological and cultural differences between countries with respect to disease, health and death, as well as the relationship between individual and collective good.

Starting from these data, the comparative approach of the Journal "Comparative Cultural Studies" opens up a wide reflection on the impact of the pandemic in different contexts from a political, sociological, anthropological point of view, through a comparison between European countries and the Latin American ones ...

Our point of view is that, to analyse complex phenomena such as pandemics, it is necessary to make experts from different disciplines work together, not only mathematicians and epidemiologists, but also sociologists, urban planners, migration experts, anthropologists, gender scholars ... Some questions are more urgent than others. What are the risks to democracy? What are the economic consequences of the pandemic?

How can a democratic and community response to the global health challenge be articulated, other than by a blank delegation to technical committees? Are there "positive" examples of collective reaction?

The term "war" used by various politicians is not a good omen for clear and transparent information transfer (the first victim of war is truth wrote Aeschylus), justifying measures that now seem the most rational from a scientific point of view and which, in two hundred years, will seem just as medieval to us as those used for the Marseille plague of 1720 (not very different from the current ones).

Comparing the multiplicity of voices from both sides of the ocean will help identify some directions for the future, based on holistic and articulated analyses and not based on partial  solutions inspired by  procedures little supported by reliable data.