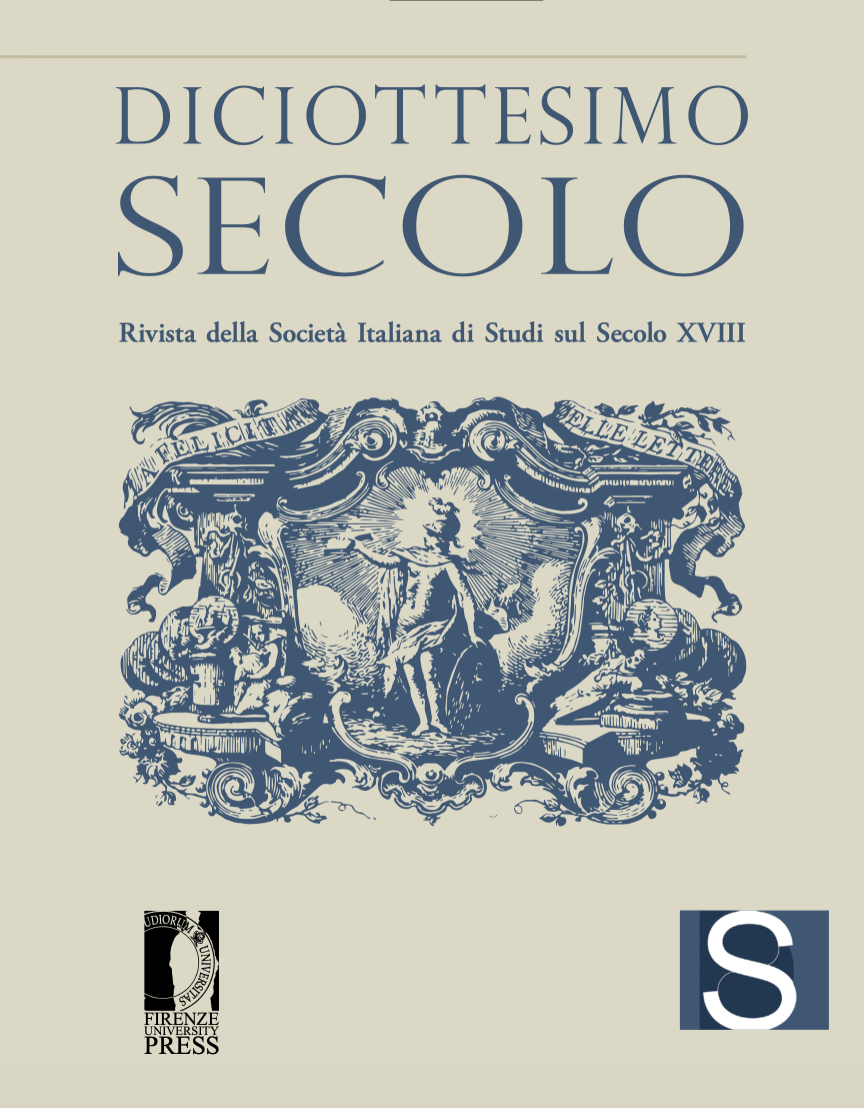 Authors retain the copyright and grant the journal right of first publication with the work simultaneously licensed under a Creative Commons Attribution 4.0 International Public License (CC-BY-4.0) that allows others to share the work with an acknowledgment of the work's authorship and initial publication in DICIOTTESIMO SECOLO

The essay considers a novel by Stefan Heym, The Queen Against Defoe, which depicts the events that took place in late 1701-early 1702 in London, when Defoe published his satirical work The Shortest Way with the Dissenters. Heym takes advantage of the persecution which Defoe underwent at the hands of British authorities to exalt all who exist against unjust power. The novel does not aim at representing an episode in Defoe’s life but rather an episode in the personal struggle of humankind to resist public violence.